12/20/21 – Camels Hump
We all met at the park in ride in Richmond to carpool and left by 8:30. Arrived at the burrows trail head at 9:00 where we were met a couple others that were joining the group. There were 8 of us all together. The trail looked pretty packed and there hadn’t been a lot of snow, so we left snowshoes in the car,and most people used microspikes. We started the hike at 9:15 am. We arrived at the clearing around 11:00, where we all layered up before the final accent. We arrived at the summit by 11:30, hung out for a few minutes before headed back down from the wind.  Arrived back down to the trailhead at 1:15, making It a 4 hour round trip hike! Everyone had a blast, we had a few first timers, and a few that had never been on a winter hike before. Great times, such a beautiful day with few clouds and about 15-20 mile an hour winds on the summit. Participants: Jim Morris, David Hathaway, Jhon Rodriguez, Virginia, Ann Smith, Chris Lovett, Corey Perkins (leader). 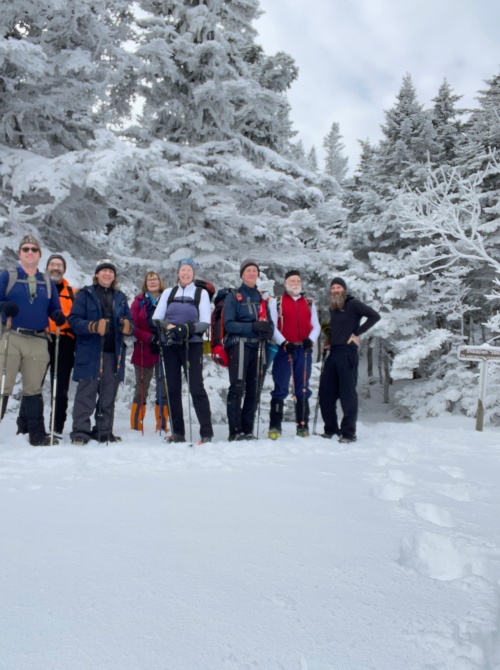 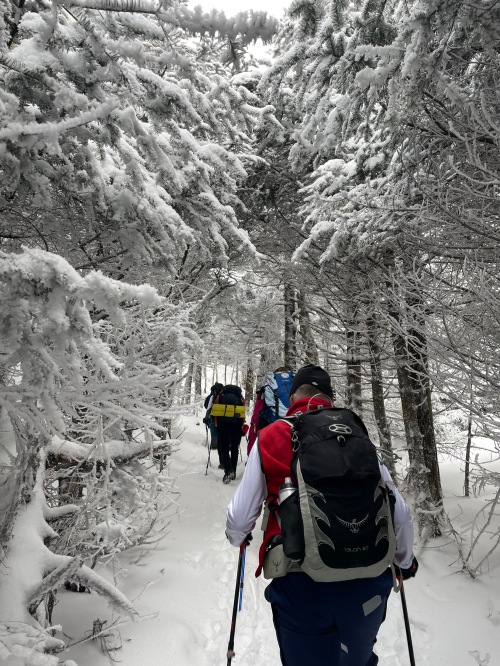 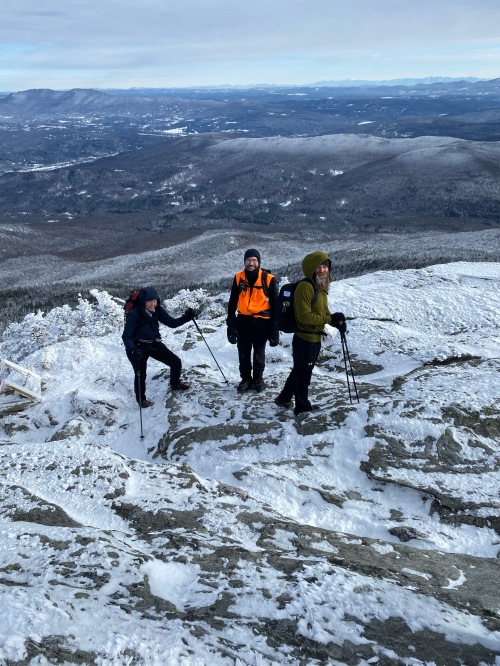 12/19/2021 – Burnt Rock
After a mostly snowless December, we were welcomed with some of the white stuff on Saturday into Sunday morning! Two of us met at the Richmond P&R, made our way to the Burnt Rock trailhead and met another two. Big Basin Road was not plowed at this point so it made for an interesting and slow drive on that 2 1/2-mile stretch. As we were getting our gear together, the plow arrived!

If you’ve done this hike before, you know that you’re immediately facing a river crossing that is easy in the summer with a quick rock hop or just as easy in the winter with ice forming to make a natural frozen walkway. Not meant to be this time with the river running rapidly and certainly no ice having formed so we headed to the private gated road. Conditions were “interesting” to say the least which made for a long day….a mix of slush, rocks and roots (partially buried), ice and deep drifts nearing the summit alternated the round-trip outing. A few times, snowshoes and micro spikes were swapped out. Also, the wind was howling. We hit the summit around 12:20, then made our way back to the first covered spot (sharp left intersection on the trail) for a quick bite, then back to our cars arriving at 2:10. Three of us went to Lawson’s to reward ourselves with their wonderful libations, pretzels and soup. Back at the P&R by 4:30. Participants: Jill George, Rich Douglass, Tim Welsh, Robynn Albert (leader). 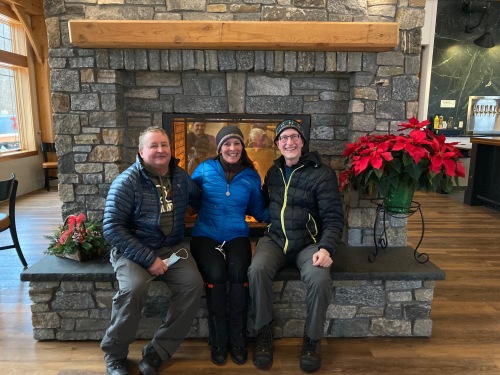 12/5/2021 – Mount Mansfield
Leading up to the trip, there was a waitlist but individuals started cancelling closer to the hike. On the day of the hike, 5 willing participates met at Barnes Camp at 8am. There were several who this was going to be their first real winter hike, and everyone was prepared for the elements, with wind chills predicted to be in the negative single digits. Prior to starting out, we debated if everyone needed snowshoes as it sounded like 3” of new snow fell the night prior. We decided 2 people would carry the snowshoes just in case we needed to break trail. We hiked up the Long Trail going north. A couple of ambitious skiers had broken the trail uphill for us mostly to Taft Lodge. One of the members of our group decided to turn around early as it just wasn’t their day to hike. At the lodge, we layered up and noticed the snow was considerably deeper moving forward and the trail was unbroken. Those with the snowshoes put them on and started breaking trail and made the push to the summit. We got within about 100 yards of the summit but made a group decision to turn around for safety as we were unsure of which way the trail was, the summit was socked in the clouds and the wind was picking up. We snacked back at the lodge and slid down the fresh snow the rest of the way to return to the cars around 1pm. Everyone departed to jump start the rest of their day, happy to have enjoyed a good, snowy day in the mountains! 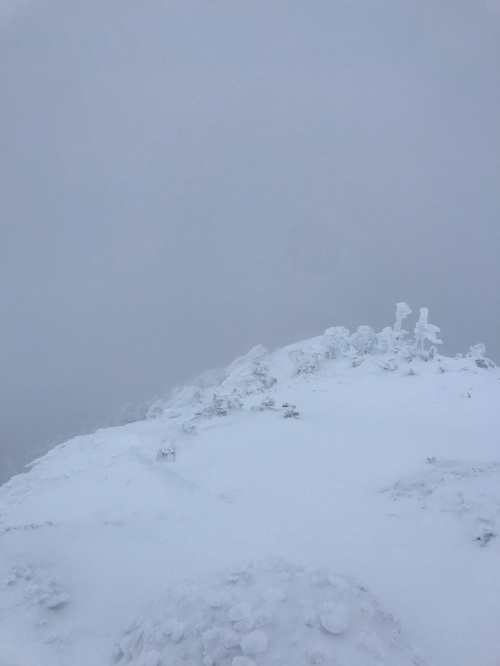 12/4/2021 – Butler Lodge via Nebraska Notch
Eight of us met at 8:30 at the Underhill Center commuter lot, consolidated cares a little, and headed up to the Stevensville trailhead where we met the ninth member of the group. After introductions we started up Nebraska Notch Trail around 8:50. It was seasonably cold and sunny, and the trail had a little snow, but nothing warranting snowshoes. There was enough ice in spots that most folks put on microspikes. We made good time and reached the Long Trail junction around 9:40 and headed north on the LT. From there the snow gradually got deeper, so that by the time we reached Wallace Cutoff there were drifts that might have made snowshoes useful, though we never encountered enough snow to worry about postholing. We took a break for lunch around noon at Butler Lodge, then headed down the Butler Lodge Trail to reach the cars a little after 1 PM. Our timing was great, as the clouds were moving in as we finished the trip, and snows started not long after. A fun trip with a good group. Participants: Robynn Albert, Liana Edwards, Chris Luczynski, Julie, Ann Smith, Amy S., Jordan Mitchell, Renee Lizotte, David Hathaway (leader). 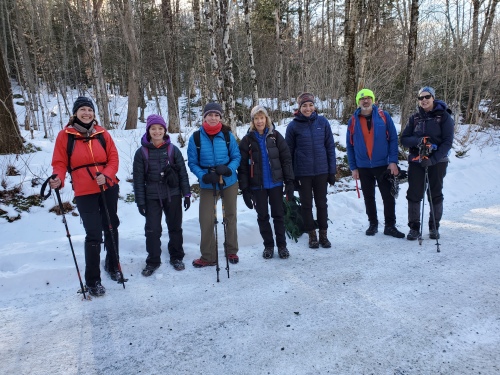 This entry was posted in Section news. Bookmark the permalink.